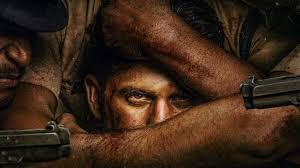 Akkineni Naga Chaitanya’s untitled film NC22 is the most anticipated film of the year, the action thriller is helmed Venkat Prabhu. As Naga Chaitanya is going to turn a year-old tomorrow the makers of the film have unleashed the Pre-look of Naga Chaitanya from the film.

Naga Chaitanya looks ferocious in Pre-look, Chay is essaying the role of cop with a wild look, while the fellow cops are holding Chaitanya tight and pointed guns at him to cool down his anger. The first look and title of the film will be released on 23rd November (Tomorrow) at 10:18 am. 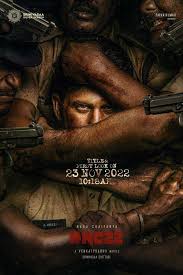 NC22 is directed by Venkat Prabhu and financed by Srinivasaa Chitturi under Srinivasaa Silver Screen, Yuvan Shankar Raja and Maestro Ilayaraja are composing for the film.