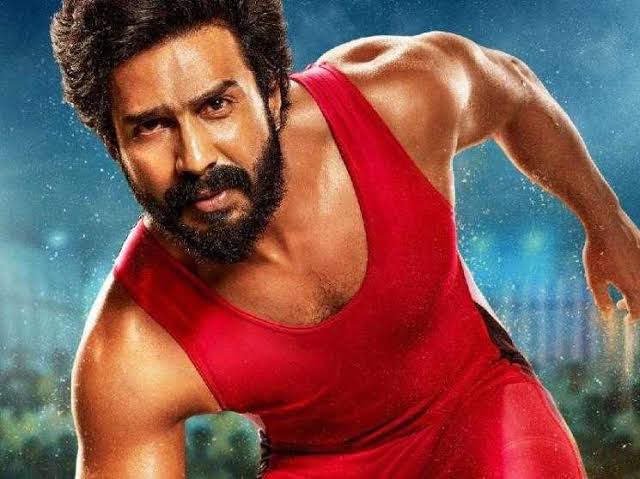 Vicky Vishal has proved one of the successful actor and producer in the entertainment industry. After a grand success of FIR, Vicky Vishal is back again with Matti Kushti. The film will hit the screens from today. Ravi Teja is a co producer of the film.

Plot: Veer(Vicky Vishal) lives a happy and joyful life without any goals. Veer’s family force him to get married. He also says ‘Yes’, will go to see matches. Veer will reject a few matches as he want a girl with some qualities. At last, Veer will be able to see all qualities in Keerthi (Aishwarya Lakshmi). He agreed to marry her. Later, Veer will get to know that he got cheated by Keerthi’s family about her studies and her enthusiasm in wresting. Will they continue their marriage? Will they stay happy together. What are the consequences Keerthi faces forms the story.

Performance: Vicky Vishal was a fine in easy go man’s role. We have seen him in these kinds of roles, nothing is so intersecting about his role in the film. Ishwarya Lakshmi does a fantastic job as wrestler, she is stealing the show with her incredible Performance. The rest of the cast and crew does a fine job in the film.

I don’t think personally Matti Kushti is some grand masala movie. Some comedy scenes worked here and there. There’s nothing new interesting in the film.

It is regular and predictable film. Everything in the film is as usually it screenplay, narration or songs. There were many unwanted songs in the film. The selection of the cast and crew is not so impressive. It is Ravi Teja’s film as he is producer of the film. It was surprising to see how Ravi Teja was so excited to produce the film.