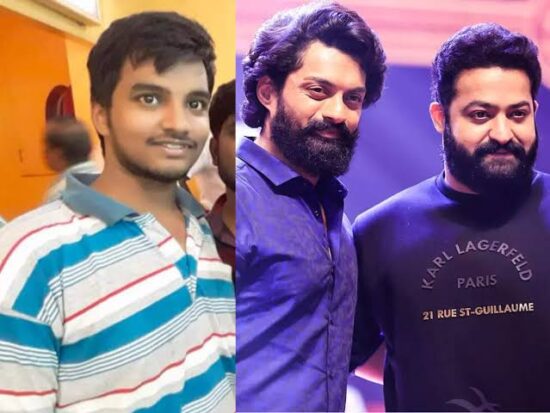 In an unfortunate incident, a fan died at the Bimbisara pre-release event held at Shilpa Kala Vedika last night in Hyderabad. According to media reports, the fan was identified as Putta Sai Ram son of Rambabu Putta. He hailed from a middle-class family in Tadepalligudem, Andhra Pradesh.

As per media reports, Sai Ram was the only son of their parents and he was the sole breadwinner of his family. He was working in an IT company. Sai Ram’s sudden demise has come as a rude shock to the family. Sai Ram reportedly procured Bimbisara event pass from Kukatpally fans group.

While there are several rumours in circulation about the fan’s death, reports have it that he suffered fits and he was rushed to Gandhi hospital where he breathed his last.

Meanwhile, an official statement has been issued by the team Bimbisara. “An unfortunate incident which has deeply saddened us has come to our notice. In what is a heartbreaking incident, Putta Sai Ram S/O Mr. Rambabu, who attended the event last night is no more. Sai Ram has been an ardent fan from the Pentapadu Mandal of West Godavari district. We express our deepest condolences to the family of Sai Ram and we would support them in any means possible. Rest in peace, Sai Ram,” reads the statement issued by the team Bimbisara.