Why Boycott Maruthi From TFI Is Trending On Social Media 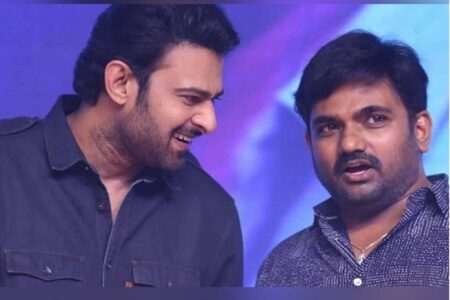 Rebel star Prabhas is one of the biggest bankable star in the entertainment industry. He enjoys a massive fan following in different parts of the country. The latest news we hear is Prabhas-Maruthi’s film is all set to get launched tomorrow in Hyderabad. News does travel fast, Prabhas-Maruthi’s film launch has reached the ears of Baahubali star fans. On social media, netizens are urging and requesting to Boycott Maruthi from Tollywood. The hashtag #BoycottMaruthiTFI is trending for a big time on social media.

Maruthi’s last film Pakka Commericial was bombed at the box office. Prabhas has a sting of back-to-back flop with Saaho and Radhe Shyam, his fans doesn’t want their demi-god to work with medium directors. Let’s wait and see whether Prabhas-Maruthi’s film will get launched tomorrow or not.