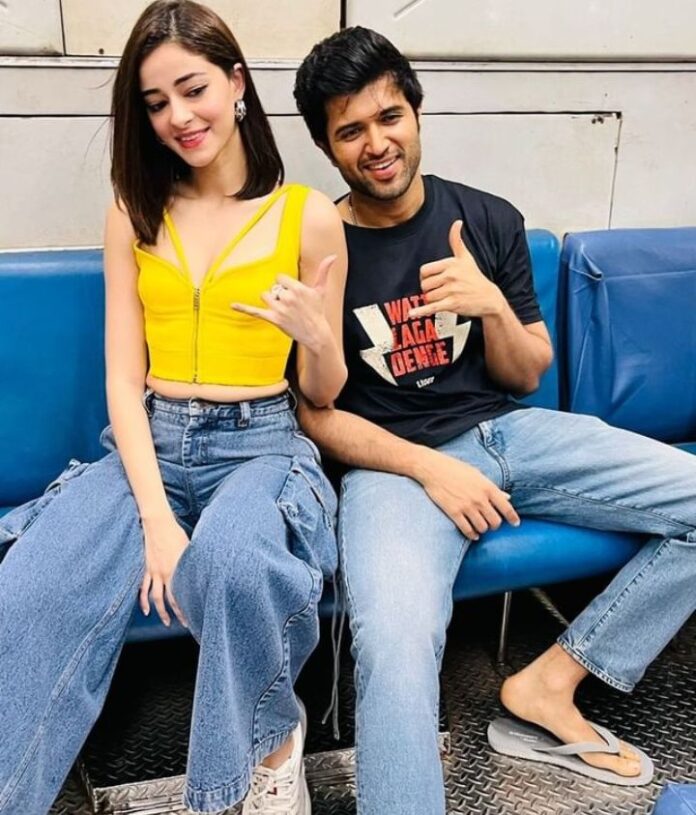 Youth sensation Vijay Devarakonda is eagerly waiting for the release of his upcoming Pan Indian film Liger, the sports action drama is all set to hit the big screens on 25th August. The makers have unleashed the trailer last week, the trailer has received mixed reviews from filmy pandits.

Vijay Devarakonda has started movie promotions in his style, the main leads of the film VD and Ananya Pandey were spotted at a railway station in Mumbai, they actors have hopped into a local train to kick start there promotions.

Puri Jaganath and Vijay Devarakonda are not leaving any steps to grab the attention of audience towards the film. Liger is directed by Puri Jaganth and jointly produced by Charmi Kaur and Karan Johar under Dharma productions. The film also features world famous boxer Mike Tyson in a prominent role.