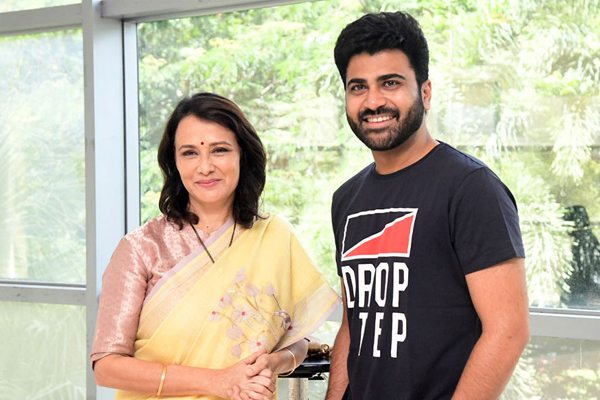 Young actor Sharwanand enjoys a decent fan following across the globe. Sharwanand’s much-awaited film Oke Oka Jeevitham is slated to release in theatres on September 9, 2022. During the making of Oke Oka Jeevitham, Sharwanand had a shoulder accident, he was under bed rest for close to two years. Still, Sharwanad is not well, suffering from shoulder pain as he was seen uncomfortable at the film event.

Sharwanand urged everyone to watch the film in theatres as everyone will surely connect to it. Oke Oka Jeevitham is a multi-lingual film, Director Shree Karthick shot the film simultaneously in Telugu and Hindi with a different cast, as the audience should enjoy the film. Oke Oka Jeevitham is helmed by debutant Shree Karthick and produced by Dream Warrior Pictures. Ritu Varma, Tamil actor Karthi and Veteran actor Amala will appear in key roles.