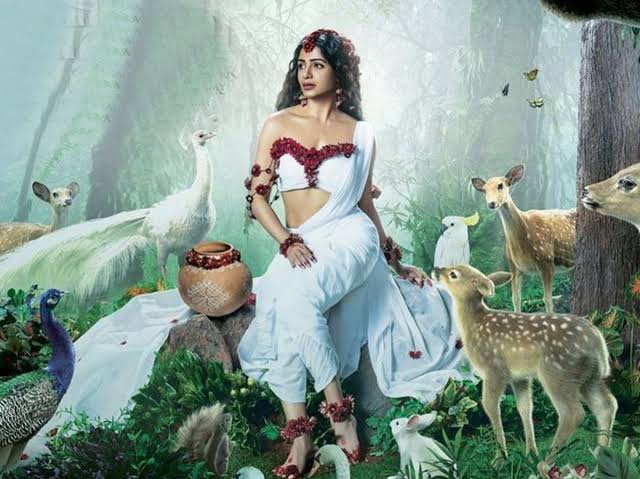 Gorgeous actress Samantha’s Shakunthalam is one of the most highly anticipated film of the year, the epic love drama is directed by Gunashekar. Director Gunashekar has made a film on large scale, the periodic film runs around the love story of Shakunthalam and her husband Dushyantha. The first look of the film has already set up a decent buzz among the movie buffs.

Samantha’s Shakunthalam is all set its grand theatrical release, the makers of the film have confirmed that Shakunthalam is going to release in theatres on 4th November 2022. Samantha fans are on Cloud nine as they are going to see their actress on big screens after 1 and half year.

Shakunthalam is directed by Gunashekar and bankrolled under Gunnaa Team works and Sri Venkateshwara Creations, Manisharma has composed music
for the film.