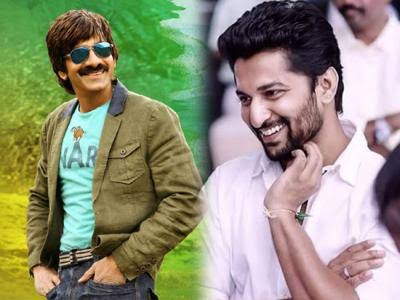 Mass maharaja Ravi Teja’s most awaited film Ramarao On Duty is finally going to hit the big screens on 29th of the month,  the makers of the film have held the pre-release event today in Hyderabad which was graced by natural star Nani and director Bobby.

Nani stated that ” i am a big fan of Ravi anna, i have grown up by watching his films. He further stated that Ravi anna was my inspiration, and eagerly waiting for a chance to work with Ravi Teja anna. The duo actors fans are going gaga on social media after hearing these words from Nani.

Ramarao On duty is directed by Sarath Mandava and produced by Sudhakar Cherukuri, the film also features