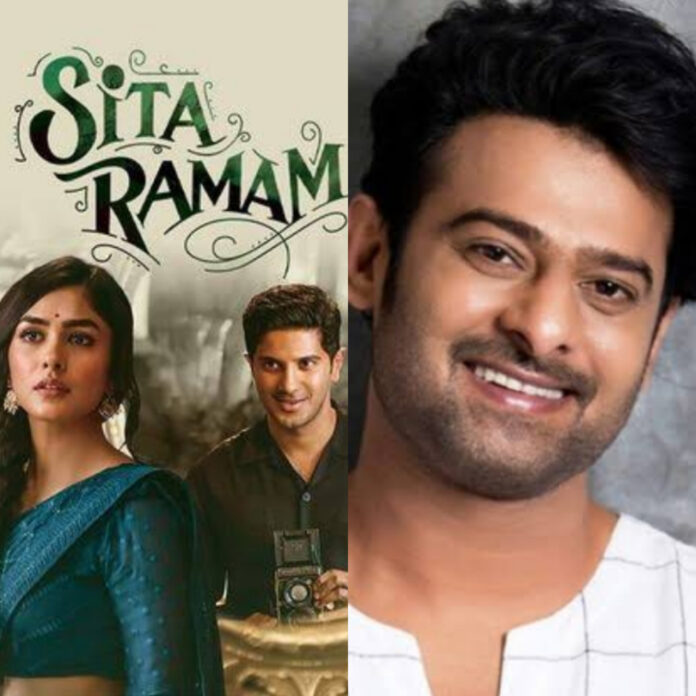 Malayalam superstar Dalquer Salman is eagerly waiting for the release of his upcoming film Sita Ramam, the romantic war backdrop is salted for the release on 5 of August. The songs and the trailer of the film has setup a huge expectation on the film. We can expect a good numbers in the first week at the box office.

To add more hype on the film, the makers are planning to invite “The Bahubali” Prabhas to Sita Ramam Pre-release event. We hear from our trusted sources that Prabhas is likely going to host the event in Hyderabad.

Sita Ramam is directed by Hanu Raghavapudi and produced by Ashwini Dutt and Swapna Dutt ubder Vyjayanthi Banners. The film features Mrunal Thakur and Rashmika Mandanna as female leads in the film. The film also has huge cast which includes Bhumika Chawla, Akkineni Sumanth, Gautham Menon, Tarun Bhasker and others in Prominent roles.