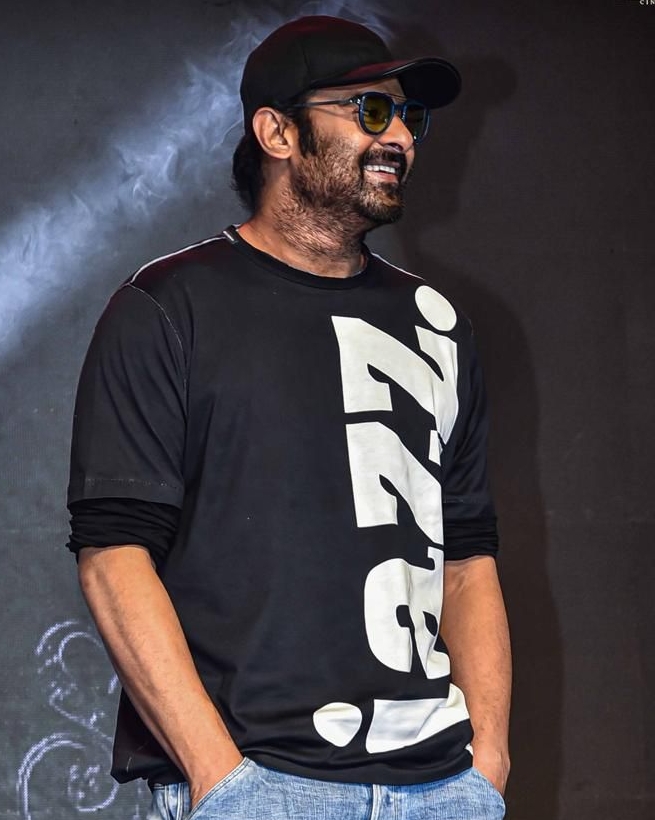 Rebel star Prabhas is a man of the hour. Last night, Prabhas was spotted at Sita Ramam pre-release event in Hyderabad. Prabhas is seen in casual outfits. Now, Prabhas Jaaz t-shirt has become the talk of the town. According to reports, Prabhas’ Jaaz t shirt price is said to be Rs 20000, t shirt was designed by Dolce & Gabbana (D&G).

Prabhas fans have recalled that their demi-god wore the same shirt in 2017. Back to Prabhas’ films, he will be seen next in Adipurush, Salaar, and K Project. Talking about Sita Ramam, the film will be releasing tomorrow in theatres. Sita Ramam has an ensemble cast including Dulquer Salmaan, Mrunal Thakur, Tharun Bhascker, Sumanth, Prakash Raj, Gautham Vasudev Menon.