Prabhas Movie With Maruthi Called Off, Find Out The Reason 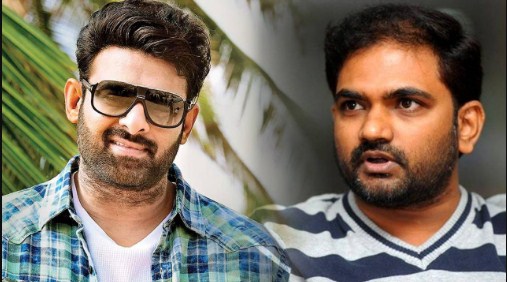 Rebel star Prabhas has become extra cautious in selecting the stories after Radhe Shyam result at the box office. Prabhas has signed a new project with Maruthi. There’s no update when their film will go on floors. We have heard from our sources that Prabhas is said to be thinking of working with Maruthi.

Rumours are flying thick and fast in telly circles that Prabhas and Maruthi’s film is said to be called off as the latter film Pakka Commerical ended as a big disaster at the box office. Now, Maruthi’s next project might be with mega hero
Sai Dharam Tej. As far as we knew Prabhas is not working with Maruthi anymore, as per the buzz . Let’s wait and watch what’s in store for us.

Meanwhile, Prabhas will be next seen in Salaar which is nearing to its completion. The film is being directed by Prashanth Neel.