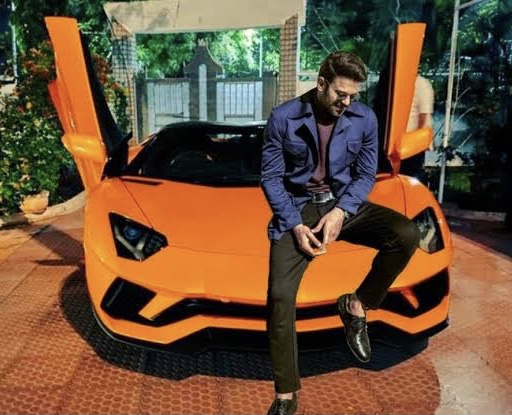 There is no introduction needed for Rebel star Prabhas, the Pan Indina actor is currently busy in the shoot of his upcoming film Project K in Hyderabad. Gorgeous actress Deepika Padukone and Prabhas have wrapped a crucial sequence of the film and steps out from the sets in Prabhas Lamborgini car which costed him 5 crs.

A video of Prabhas with his Lamborgini car which has driven in a jet speed was leaked and went viral on social media, in the video one can see Prabhas driving car in a high speed.

The anti Prabhas fans and netizens started trolling Prabhas for his rash driving, and suggested him to drive slowly as producers have invested 1000’s crs on him.

Prabhas is busy in the shoot of Project K, which is directed by Nag Ashwin. The film features Prabhas and Deepika in lead roles, and legendary actor Amitabh will be
seen in a prominent roles in the film