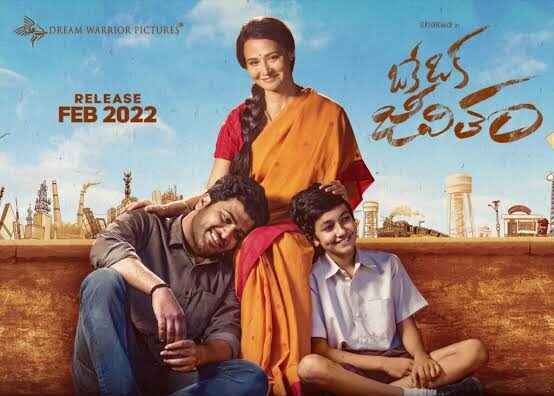 Sharwanand and Rithu Varma starring Oke Oka Jeevitham has released in theatres today, the film is receiving mixed reviews from several quarters. The film runs around a person who goes back to his childhood through time mission to seek his mother’s love (Amala Paul). The emotional love drama is stealing many hearts in theatres.

Shockingly, the film got leaked on piracy sites like MovieRulz, TamilRockzz and other sites, the makers of the film are trying resolve the issue with the help of Cyber Cell. If you come across any Pirated copies, report them to cyber cell. Don’t encourage piracy, Oke Oka Jeevitham is a must watch film in theatres.