Samantha Ruth Prabhu is one of the most sought-after actresses in Tollywood. Recently, Samantha made her digital debut with the The Family Man series. She won accolades and appreciation for her role in the series. Samantha fans are eagerly waiting to see her on the big screen. Samantha’s upcoming film Yashoda is slated to release in theatre on August 11, 2022. Looks like Samantha seems to have be taking revenge on Akkineni family at the box office.

Yes, what you read is right. Naga Chaitanya’s Bollywood debut films Laal Sindh Chaddha and Akhil’s Agent are also releasing in the same week on August. Samantha’s Yashoda is going to have an epic clash with Agent and Laal Sindh Chaddha at the box office. No doubt, Samantha’s Yashoda is going to dominate anyone film at the box office.

Yashoda is written and directed by the duo Hari Shankar and Harish Narayan. The film is jointly produced by Sivalenka Krishna Prasad under the banner Sridevi Movies

Young actor Varun Tej and Lavanya Tripathi are said to be in a relationship.

The duo have worked together for Mister and Rayabhari, though the movie didn’t fare well at the box office. But, they are in a steady relationship over the past few years.

Yesterday, it was Varun Tej’s birthday, there were rumors that he is going to propose Lavanya Tripathi. There’s no news whether Varun Tej had really proposed her or not.

It is left to see when are they going to make an official announcement about their relationship status. 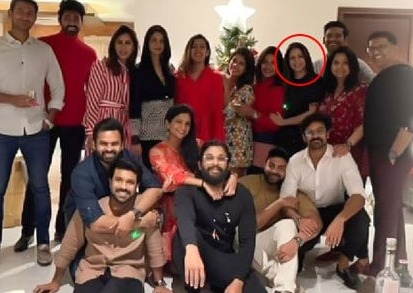 Power star Pawan Kalyan and Rana Daggubati are all set to work together for a new movie. Now, they have resumed the shoot of the film. The yet to be titled film regular shooting is going at rapid pace at Aluminium factory in Hyderabad. Yesterday, the makers were released pre-look posted of Pawan-Rana’s movie. Bheemla Nayak will be the character name of Pawan Kalyan in untitled film. Now, the making video of tentatively PSPK Rana movie is out. The video went viral on social media in no time. It has garnered countless of views, still counting on YouTube. If you haven’t watched it yet, here’s for you.

The film is being helmed by Saagar K Chandra and it is produced by Naga Vamsi under Sithara Entertainments. 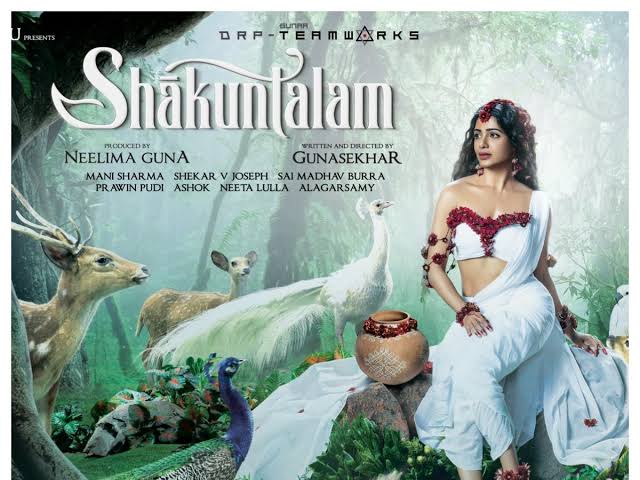 Samantha Ruth Prabhu’s much awaited film Shaakuntalam has been postponed for a few more days. The makers have officially postponed the film. They are yet to announce the new release date of the film. Shaakuntalam got postponed due to post production work as well as theatres issues in Hindi.

The makers of the film took to Twitter and shared a statement to share that Shaakuntalam will not be released on February 17. The statement read, “WE REGRET TO INFORM OUR BELOVED AUDIENCE THAT WE WOULD NOT BE ABLE TO RELEASE SHAAKUNTALAM THIS 17TH OF FEBRUARY, WE WOULD BE ANNOUNCING THE RELEASE DATE SOON. THANK YOU FOR YOUR CONTINUED SUPPORT AND LOVE.” The post was shared with the caption, “The theatrical release of #Shaakuntalam stands postponed. The new release date will be announced soon.”

The film is written and directed by Gunasekhar. It is produced by Neelima Guna under Gunaa Teamworks 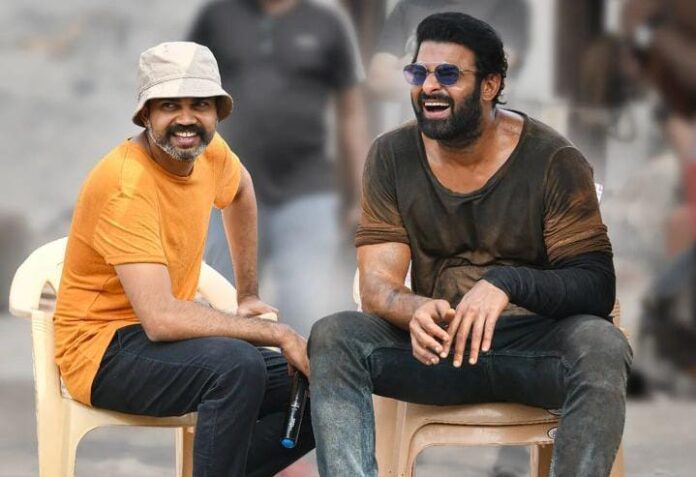 Rebel star Prabhas is working round the clock to wrap up his upcoming flick, Prabhas nearly has half dozen of films in his kitty. Salaar is one among those, Salaar is the highly anticipated film as it is helmed by KGF director Prashanth Neel.

Salaar is being made with a lavishes budget of 200crs, the film features Prabhas and Sruthi Hassan in lead roles. The film also has Malayalam star Prudhvi Raj in a key role. Salaar is slated for release on 28th September 2023. 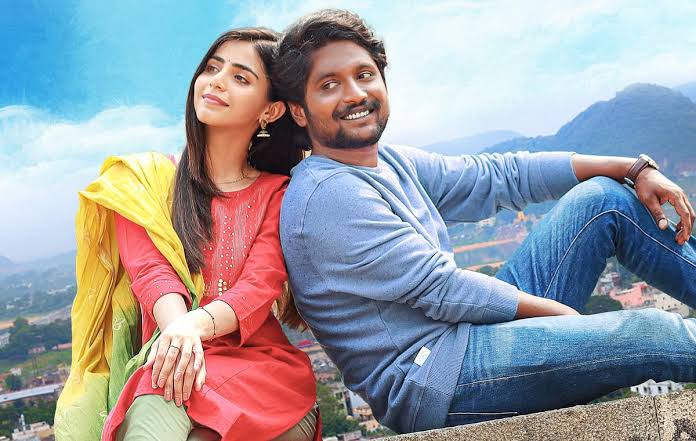 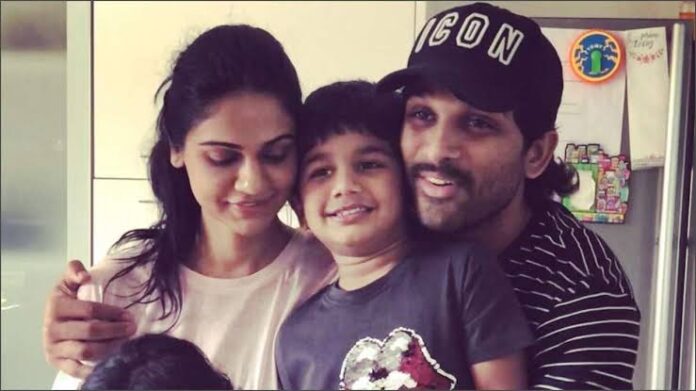 Stylish star Allu Arjun is busy with the shooting of his upcoming film Pushpa The Rule. The film is directed by Sukumar.

Allu Arjun shared a picture of a toy truck with Pushpa written on the top. Dropping the post, the Stylish actor wrote on the photo-sharing app, “Cutest Gift from my sweetest soul Ayaan chinni babu #pushpa.”

Pushpa The Rule is set to release in 2024. Rashmika, Fahadh Faasil, Sunil and Anasuya will appear in prominent roles, 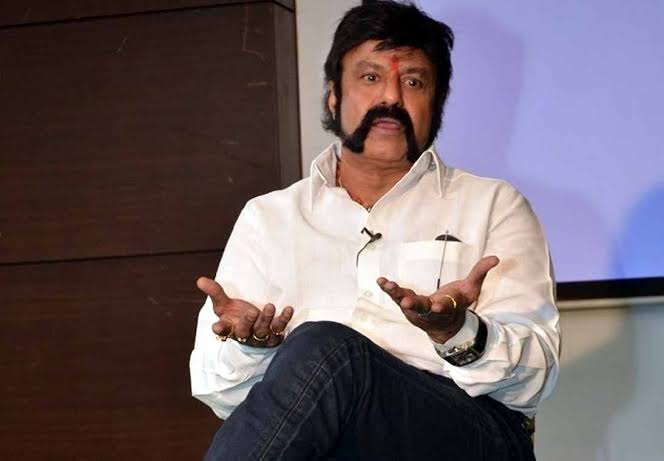 On the career front, Balakrishna was last seen in Veera Simha Reddy. The film bombed at the box office. 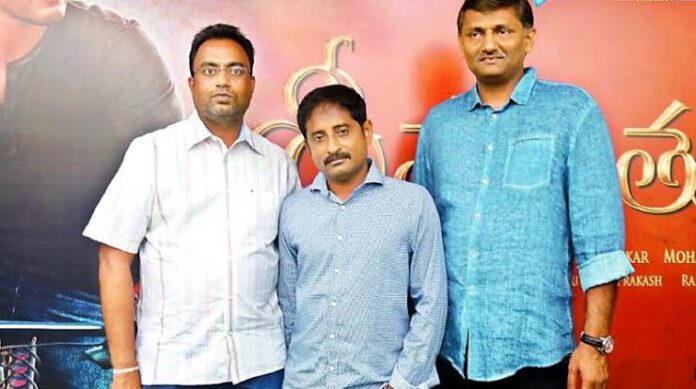 Naveen Yerneni, Y Ravi Shanker the producers of Mythri Movie makers are the most profitable financers in the recent times. All the latest Pan-Indian releases from Tollywood were released under this production house. Pushpa, Waltair Veerayya, Veera Simha Reddy all these films have brought huge profits to them.

In no time Mythri Movie Makers has marked its name in top production houses list, guess what Mythri has blocked all the upcoming Pan-Indian releases. Most of the upcoming biggies are being produced by Mythri makers. Pushpa 2, Amigos, NTR31, Prabhas-Hrithik film and also other films.

They almost have half dozen of Pan-Indian films in their kitty, according to the latest reports Mythri makers are in talks to produce NTR-Vetrimaran’s film. Mythri has a great future ahead till 2025.

Kalyan Ram’s Amigos is the next film of Mythri Movie for release, the film is slated for release on February 10th 2023. 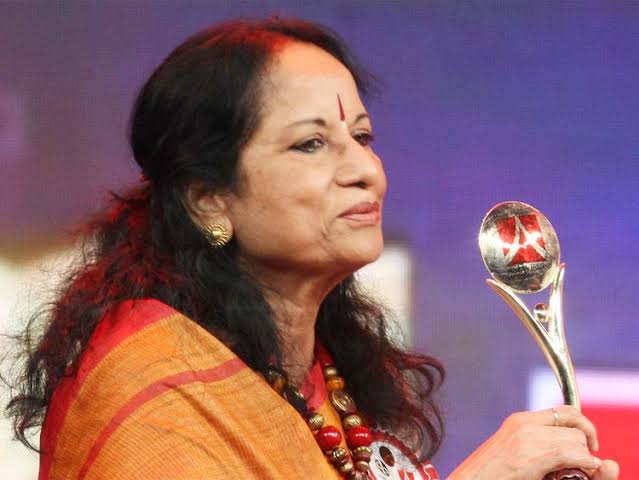 Legendary singer and Padma awardee Vani Jayaram left her last breath this morning, the veteran singer was found dead in her residence at Chennai. The reason behind her death is not yet revealed. Indian cinemas have lost another legendary singer.

Vani Jayaram passed away at the age of 77, Vani Jayaram has sung over 10,000 songs in Telugu, Tamil, Hindi and other languages. Vani was awarded Padma Bhushan on 25th January the third highest civilian award in India. Vani Jayaram also won three national awards as a best female singer. 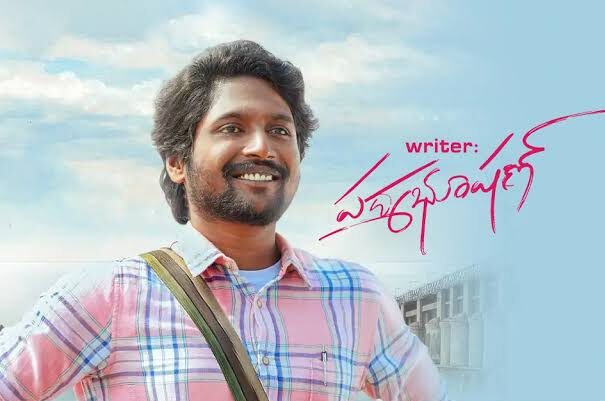 Actor Suhas is leaving no stone to gain stardom in Tollywood, the talented actor won hearts with his debut film Colour Photo and also bagged national awards for the film. Now his second film Writer Padmabushan has released in theatres today. Did Suhas succeed to win audience heart. To Know this one has read the review till end.

Plot: Padmabushan (Suhas) is a middle-class boy who works as a librarian for his survival, but his aim is to become a good writer and to publish his own novels. With a great difficulty he released his first book, but it failed to bring him success. Surprisingly and unidentified person takes Padmabushan’s name and pictures and publishes a book, this changes Padmabushan life, he became a popular writer and his wedding gets fixed with Sarika (Tina Shilpa Raj). Padmabushan badly searches for that unidentified men to know who he is, will he find him, what happens when he finds him? To know this one has to watch the film.

Performance: Undoubtedly Suhas has nailed his character, he is the crowd puller in the film, the emotion, fun, action what not everything Suhas has done top notch performance in the film. Suhas has kept his sweat and soul for his roles, actress Tina Shilparaj has got decent screen presence in the film. All artists have done justice to their roles.

Technical Aspects: The captain of the ship Shanmukha Prashanth has come up with a new concept and achieved to narrate the film properly. There was no lag in direction and screenplay, Kudos to director for his efforts. Music composer Shekar Shandra is the pain pillar for the film , his BGM and sings are the highlight in the film.

Lag in some scenes 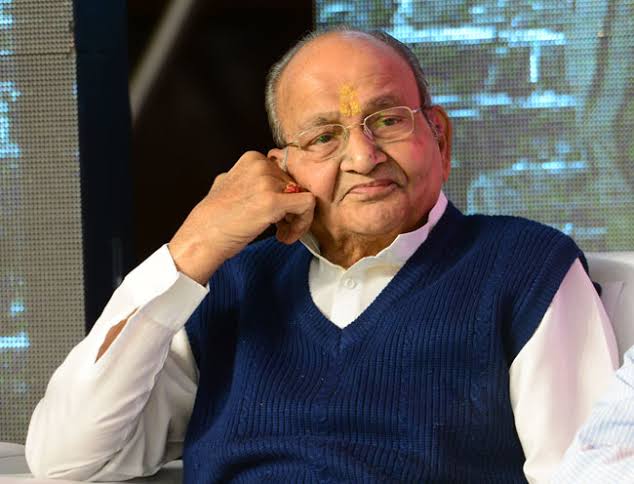 Legendary film makers K Vishwanath passed away last night in Apollo hospital, the ace director was suffering with aged related health issues. Vishwanth left his last breath at the age of 92. His death came as a huge shock to Industry and top celebs are pouring tributes to Legendary director on Twitter. Here are the Tweets for you

K. Vishwanath Ji you taught me so much, being on set with you during Eeshwar was like being in a temple…
RIP My Guru 🙏 pic.twitter.com/vmqfhbZORx

Shocked beyond words!
Shri K Viswanath ‘s loss is an irreplaceable void to Indian / Telugu Cinema and to me personally! Man of numerous iconic, timeless films! The Legend Will Live on! Om Shanti !! 🙏🙏 pic.twitter.com/3JzLrCCs6z

#Viswanath garu, the pride of Telugu Cinema was integral in taking our films to greater heights. His passing is an irreparable loss to the film fraternity. His passion for cinema and his art will be remembered forever.
May his soul rest in peace.💐

Rest in peace Vishwanath garu … thank u for everything🙏🏻🙏🏻🙏🏻.. u
Continue to live in our hearts 🙏🏻🙏🏻🙏🏻🙏🏻 #RipLegend pic.twitter.com/QfjPIYAfsx 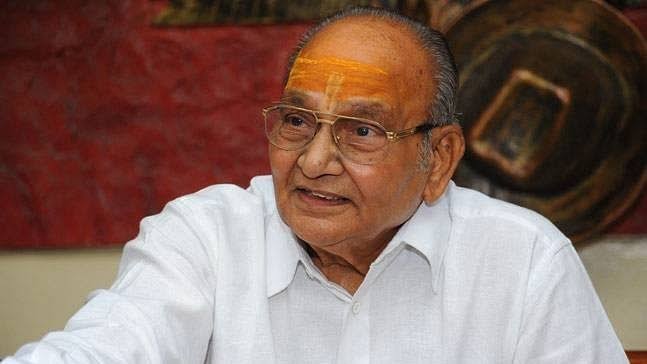 Legendary director K Vishwanath lost his life battle last night, the veteran director passed away due to age related issues. He was 92 years old, Vishwanath was getting treatment in Apollo hospital since a while and left his last breath last night.

Vishwanath demise is the huge loss of Indian film industry, Tollywood has lost another gem in a very short time. Vishwanath has delivered many remarkable films like Shankarabaranam, Swathi Muthyam, Swayamkrushi and other films. Vishwanath is one of the greatest director Indian has ever had, He also acted in many films in Telugu and Tamil languages.

Vishwanath funeral will take place tomorrow in Hyderabad, further details about cremation is yet to be known. Rest In Peace Legendary director K Vishwanath.