Nani’s Dasara Pre-Release Business Will Leave You All Stun 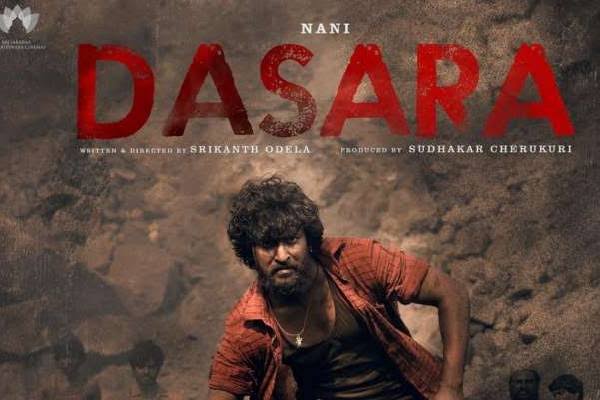 Natural star Nani is one of the finest actors in Tollywood. He earned the name and fame through his hard work and dedication towards the film. Nani has pinned huge hopes on his upcoming film Dasara. Nani is going to be seen in a new avatar. It is going to be eye feast for the audience and fans to watch Nani in a rugged avatar. According to reports, Nani is undergoing an intense makeover for Dasara.

He will be playing a raw and rugged role in the movie. Nani’s Dasara nontheatrical rights were sold for a whopping amount Rs 50 cr. The latest news doing the rounds Nani’s Dasara theatrical rights were also picked and the film total pre-release business of Dasara is said to be Rs 85 cr. The film is directed by debutant Srikanth Odela and produced by Sri Lakshmi Venkateswara Cinemas. Keerthy Suresh is the leading lady in the film. Dasara is all set to arrive in theatres on 30 March, 2023