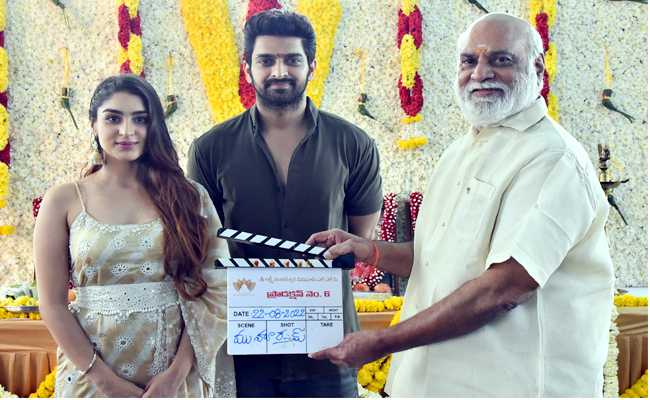 Sudhakar Cherukuri who have bankrolled a few interesting projects on their Sri Lakshmi Venkateswara Cinemas LLP are coming up with their Production Number 6 with Handsome Hero Naga Shaurya.

A newcomer Pawan Basamsetti is making his debut as director with this film. The movie had its launch this morning at the Production Office in Hyderabad.

The yet-to-be-titled film is set to be fun-filled commercial entertainer that will make complete use of Naga Shaurya’s strengths in the youth and family audiences. The new director came up with a unique script and treatment to make the film very special.

Yukti Thareja will be pairing up with Naga Shaurya in the film. AR Rahman Protégé Pawan CH who gave a fantastic album for Naga Chaitanya’s Love Story will compose the music.