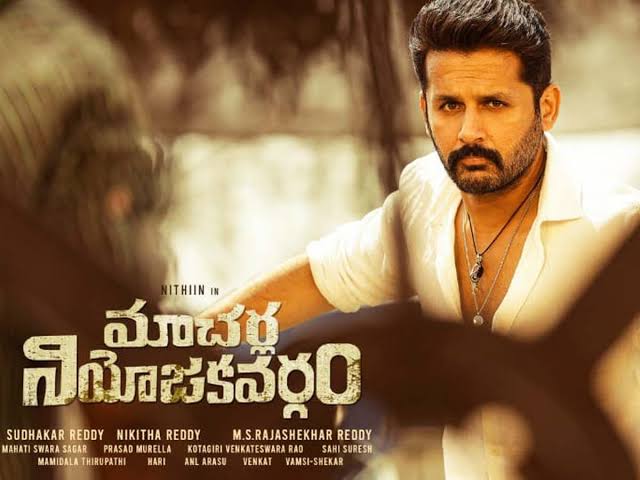 Actor Nithin’s Macharla Niyojakavargam has released in theatres today, here is the genuine review and rating of the film.

Plot: Macharla Rajappa (Samudhrakani) is the merciless Rowdysheeter and political who is ruling Macharla village, Rajappa never allowed elections to happen in his constancy.
Many collectors and opponents were killed by Rajappa who tried to conduct elections, Siddharth Reddy (Nithin) who is newly appointed as Macharla Collector, how he is going to conduct Elections in Macharla is what the film is all about.

Nithin steals the show with his stellar performance, he single handedly ran the show, the actor maintained his lover boy role in first half and showed off his action image in second
half. Samruthakani dual role haven’t created any impact on the film. Sizzling actress Krithi shetty got standard role in the film, as usaual Vennala Kishore gave his best for his role.
Vennala Kishore got more screenspace for Nithin in the film.

Verdict: Better to avoid in theatres, you can watch the film on OTT