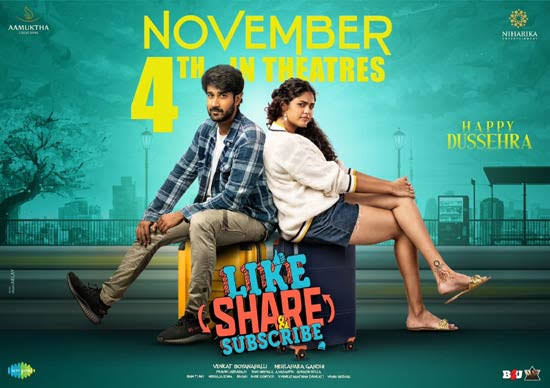 Story: Viplav (Santosh) is a youtuber and travel vlogger whose aim is to take his YouTube channel Guvva Vihari to higher levels, Viplav tries his best to get more subscriber to his channel, Viplav and his cameraman Daniels (Sudarshan) goes to Araku to the shoot the beauty of nature. At the same time another youtuber Vasudha Varma (Faria Abdullah) who is a famous youtuber also comes to Araku to shoot the same. Viplav is huge fan of Vasudha and tries to impress her in this journey. Unexpectedly both YouTubers gets caught by Naxalites in the forest, how they escape from them, will Viplav succeed to win his love, why Naxals caught them to know this you have to watch the film.

Performance: Santosh Shoban once again proves himself as a talented actor, he got involved in his role. Santosh managed his charm throughout the film, one has to appreciate him for his efforts. Faria once again steals the show, her cuteness and performance added more glamour to the film, her innocence role made the film more colourful. Brahmaji and Sudarshan comedy are the highlights in the film. Rest of the cast have done justice to their roles.

Verdict: Like, share & subscribe is a disappointing comedy drama, the makers of the film failed to executive the film well. Watch the film at your own risk.