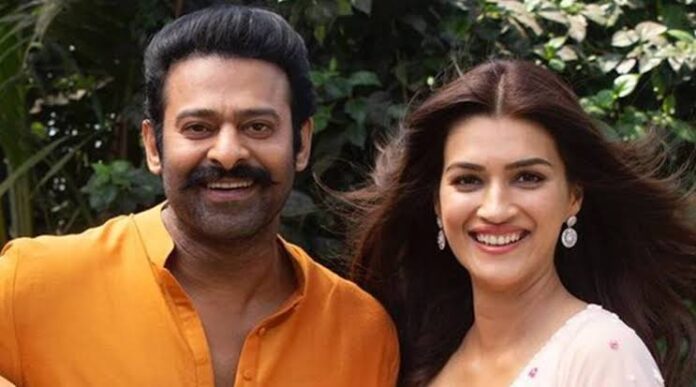 Kriti Sanon and Prabhas are working together for their upcoming film Adipurush. It is one of the most anticipated films of the year. During the part of Bhediya promotions, Varun Dhawan said that Kriti Sanon has one person in her heart, he is shooting for Deepika’s film.

People have started assuming it as Prabhas as he is working with Nag Ashwin for K Project. Kriti also stated in one of her interviews that she is ready to marry Prabhas. Kriti is also called Prabhas in Koffee With Karan.

All these add fuel to the fire that Prabhas and Kriti could be in a relationship. Nothing is official yet. Prabhas, Kriti’ Adipurush will release in 2023. Watch this space for more updates.