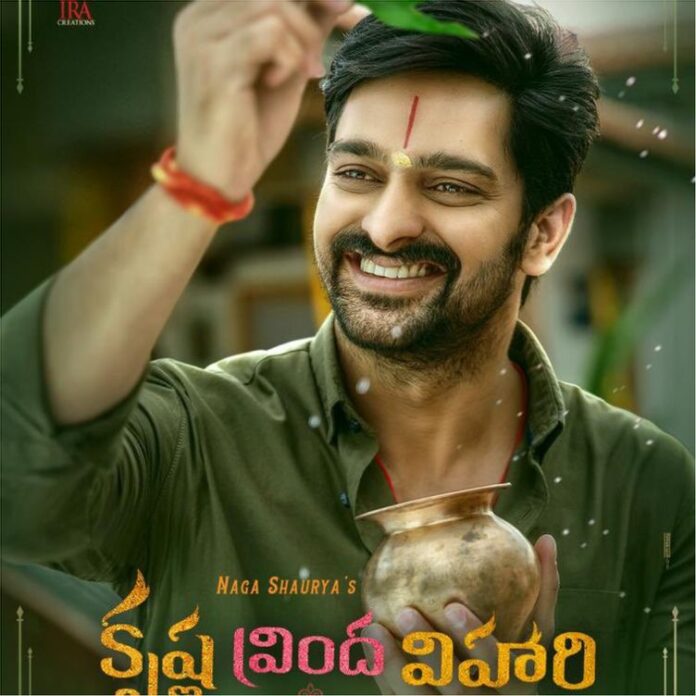 Krishna (Naga Shaurya) hails from West Godavari. He shifts to Hyderabad as he gets a job in IT based company. Krishna falls in love with her manager Vrindha( Shirley). Vrindha has a POI (Primary Ovarian Insufficiency) disorder, Naga Shaurya accepts her disorder, and they’ll decide to marry. Krishna tells his family about Vrindhi’s disorder. Both the families will say to their marriage. How Krishna struggles between his modern wife and mom forms the story.

Performance: As usual, Naga Shaurya nails in his Krishna character. He looks ultra-stylish in the film. Shirley Setia shines in her roles. It was the debut film of her, but she gave an incredible performance in the film. Brahmji, Himaja, Radhika and the rest of the cast does justice to their respective characters.

Verdict: Watch Krishna Vrinda Vihari for your own risk.