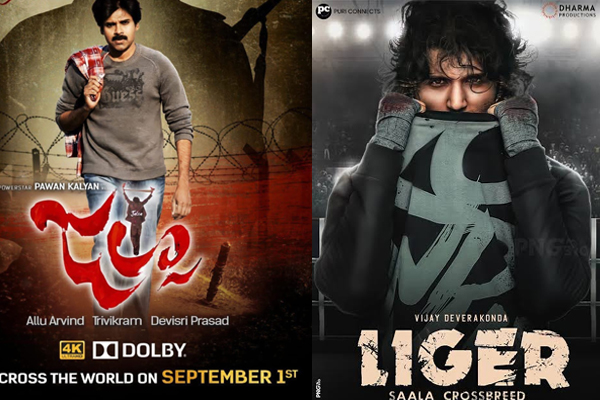 Powerstar Pawan Kalyan’s blockbuster hit Jalsa was re-released in theatres on September 2, 2022. The film special shows were held in Telangana and Andhra Pradesh. The collected amount will be given to charity. Jalsa special shows has managed to collect Rs 3.2 cr on Pawan Kalyan’s birthday. Netizens commented that Jalsa re-release collections are far better than Vijay Deverakonda’s Liger opening day collections.

Talking about Deverakonda’s Liger, the film has been washed out from theatres since the day of its release. The film was directed by Puri Jagannadh. Ananya Panday, Ramya Krishna and Mike Tyson are seen in prominent roles.