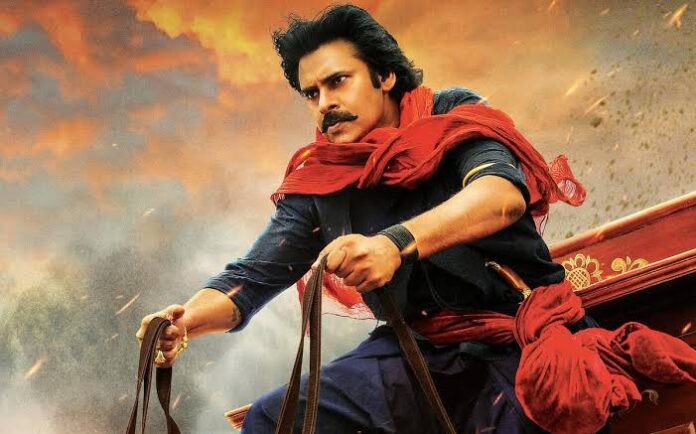 The movie makers of Hari Hara Veera Mallu starring Power Star Pawan Kalyan have issued an interesting update pertaining to the shooting of the film.

The shoot is progressing at a brisk pace in an enormous set erected at Ramoji Film city as per schedule since October last week with Pawan Kalyan and 900 cast and crew participating with all their might.
“Any work of quality cinema with historic significance that stands the test of time, demands meticulous detailing, research and immense effort of hundreds of cast and crew,” the statement from the movie makers added.

The film is directed by Krish Jagarlamudi and bankrolled by AM Ratnam. It has Nidhi Agarwal as the female lead.