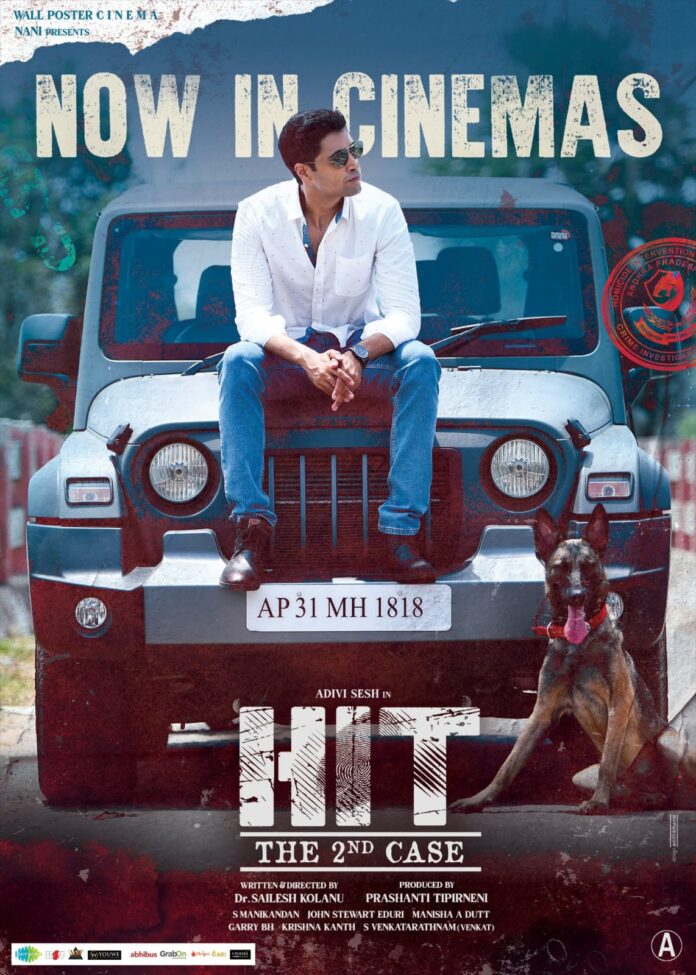 Looks like Adivi Sesh selection of the story never goes wrong. Adivi Sesh’s much-awaited film HIT 2 has hit the screens from today. The film is directed by Sailesh Kolanu. Meenakshi Chaudhary is the leading lady in the film. Natural star Nani has financed the film under the banner wall poster cinemas. Here’s the review of HIT 2.

Plot: Krishna Dev(Adivi Sesh) works as SP in Vizag. He is in a live in relationship with AARYA(Meenakshi). Harsha Vardhana’s unfaithful wife Sanjana gets killed in gruesome murders. Krishna Dev will be investigating the serial murder case, the killer will be sending death threat notes to SP. Who is the killer? Why he is killing the girls? How Adivi Sesh solves the case forms the story.

Performances: Adivi Sesh owns the film with his impactful performance. Adivi Sesh looks super cool in KD’s role. After HIT 2, people could call him as KD than Sesh. Meenakshi as Aarya is a ray of sunshine on the screen. Sesh and Meenakshi on screen chemistry is a superb. The rest of the cast and crew does a fine job in the film.

Too much violence
Routine climax

Verdict: Watch it for Adivi Sesh, strictly for thriller fans