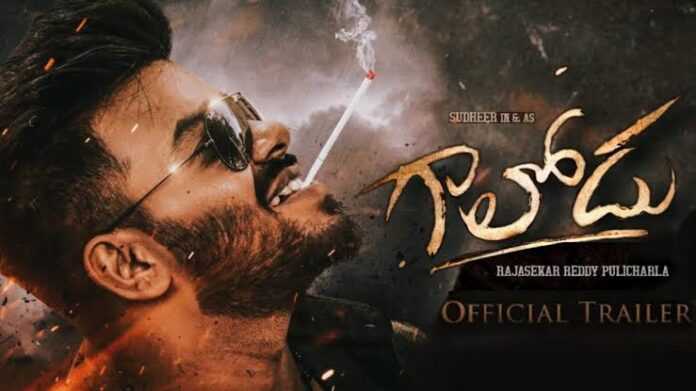 Sudheer Anand Bayana aka Sudigali Sudheer is the well-known actor in the silver screen, the popular TV artist turned as a hero with Gaalodu. The film has released in theatres today. Here is the genuine review of the film.

Plot: Sudigali Sudheer is well known as a Gaalodu in his village, who doesn’t have any goal in his life, unfortunately Sudheer gets into fight with the son of Village Sarpanch were he accidently kills him. Sudheer escapes to Hyderabad, Sudheer meets a good-hearted girl (Herion) Gehna Sippy who is a big shot in Hyderabad. She tries to help him and hires him as a driver, eventually they both fell in love, which irked Gehna’s father. How does her father react, how they faced difficulties will they become one. To know this one has to watch the film in theatres.

Performance: We saw Sudheer just as a comedian and host, but Sudheer showed his heroic side in this film, one will fall in love with him attitude and swag in the film. The way he pulled of his character is exceptional, Sudheer has proved himself as a good dancer and actor with Gaalodu, Gehna Sippy is seen as a female lead in the film, the sizzling beauty has done justice to her role. The comedy scenes of Shakala Shanker and Saptagiri were impressive. Though the story was routine director Rajashekar Reddy Pulicherla made the film more interesting with his screenplay.

Verdict: Gaalodu is a pure love story with a thrilling aspect, Gaalodu is a must watch film in theatres. Watch the film for Sudigali Sudheer.