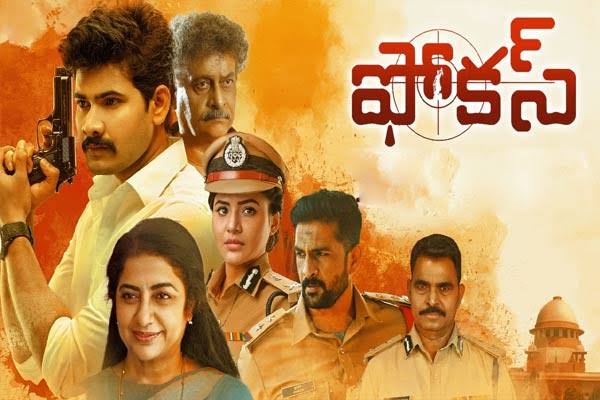 Vijay Shanker’s suspense thriller Focus movie has been released in theatres today, let’s have a quick look at the film’s review.

Plot: Vivek Varma (Bhanu Chander) who works as a superintendent of police and his wife Pramoda Devi who is an honourable Judge are living a happy married life, unfortunately one day Vivek Varma was brutally killed, and his body was found mysteriously. Sub Inspector Vijay Shanker (Vijay Shanker) deals the mysterious case, the terrible case leads to many unexpected twists, later on Prema takes up the case and starts investigation. What is the life of Pramoda Devi, what is the reason behind his murder, who killed him, how the police will break the case, will they succeed to identify the criminal, to know all this, you have to watch the film.

Performance: Vijay Shanker is the soul of the film, his performance his body language and his involvement in his role has grabbed the eyeballs of audience. His dialogue delivery and few action sequences made audience to fall in love with his acting. Bigg Boss fame Ashu Reddy’s role added more flavour to the film, after her involvement the film turned to be more interesting. The rest of the characters have done justice to their roles. Vijay Shanker, BGm and direction are the major highlight in the film.

Verdict: Focus is the must watch film in theatres