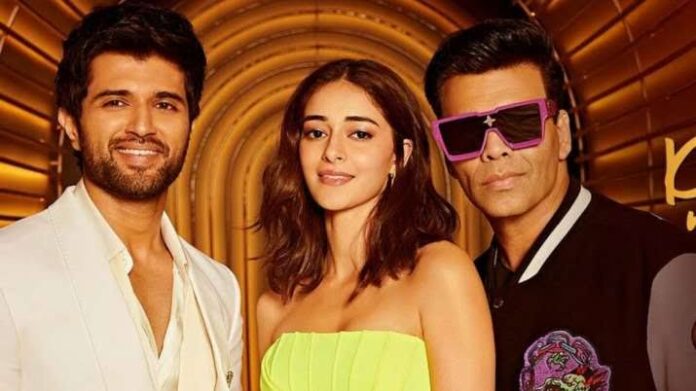 Bollywood top producer and film maker Karan Johar’s most controversial show Koffee with Karan season 7 is running successfully, so far the show organisers have released three episodes which also includes Tollywood actress Samantha’s episode. Koffee with Karan is well known for controversies and a tricky question by Karan which irks the celebrities.

Vijay Devarakonda is the next guest in Karan’s Koffee with Karan show, fans are eagerly for the next episode which features Vijay Devarakonda along with Ananya Pandey. The promo of the episode has created much needed hype among the fans were Vijay was giving bold responses to the questions asked by Karan Johar.

On Career front, Vijay Devarakonda is waiting for the release of his most awaited film Liger, which features Ananya Pandey as a female lead. Liger is directed by Puri Jaganath and jointly produced by Charmi Kaur and Karan Johar, Liger is slated for release on 25th August