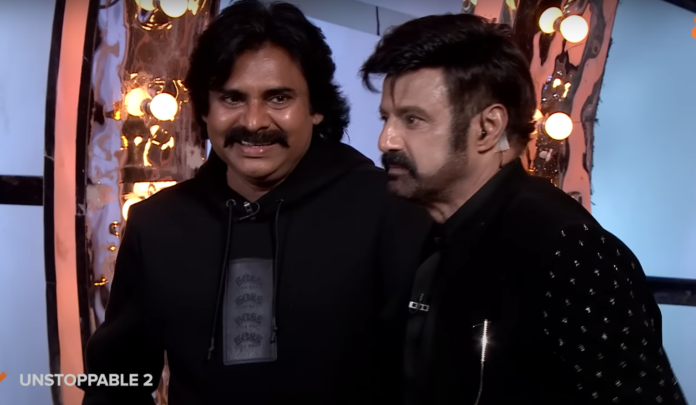 Nandamuri Balakrishna’s Unstoppable show is getting immense response from the audience, ofcourcs the credit goes to the show crew for inviting top leading actors to the show. Tollywood top celebs Prabhas, Pawan Kalyan and other are making there way to the talk show. After Prabhas its Pawan Kalyan next in the list.

After a long wait the Unstoppable show organisers have unleased the first teaser of the show last night, the teaser was not up to the expectations of audience. Fans expected that Balayya-Pawan Kalyan would talk about current politics and his Janasena Party, but such topics were not seen in the Teaser. Pawan Kalyan fans are badly disappointed with the Teaser.

But one cannot come to an conclusion with just Teaser, a lot more is there to be seen in the episode.