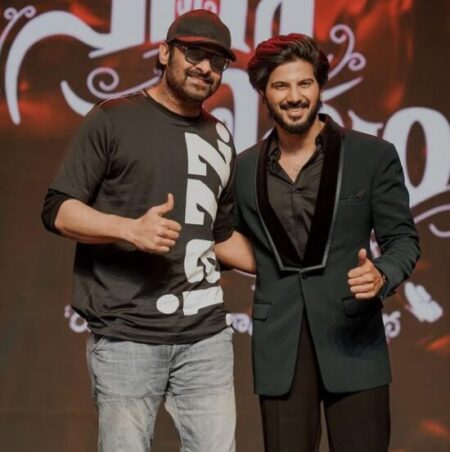 Malayalam leading actor Dalquer Salman is waiting for the release of his upcoming film Sita Ramam, the film is all set to hit the big screens from tomorrow.

The makers of the film have hosted pre release event yesterday, the Tollywood hulk Prabhas has graced the event. While talking about the film Dalquer thanked Prabhas for his presence and shared few of his memories in Project K sets. Director Nag Ashwin’s dream project with Prabhas Project K is being shot in Hyderabad.

Dalquer salman stated that ” I have good fortune of peeping into the sets, i promise that Project K is going to change Indian cinema for ever. Prabhas fans are on cloud nine after hearing these comments from Dalquer Salman.

Project K is directed by Nag Ashwin, the film features Prabhas and Deepika Padukone in lead roles, Bollywood big boss Amitabh Bachan will be seen in a prominent role in the film.