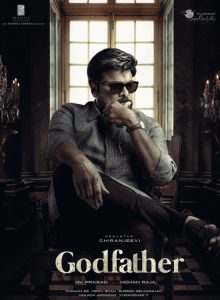 Godfather is being made on lavish budget scale. The film is directed by Mohan Raja while RB Choudary and NV Prasad are producing it, while Konidela Surekha is presenting it.

The film has an ensemble cast including in Bollywood superstar Salman Khan, Nayanthara, Puri Jagannadh and Satya Dev.