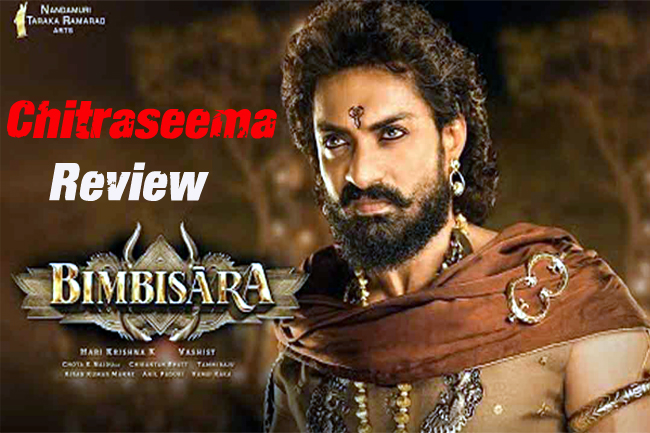 Kalyan Ram’s magnum opus Bimbisara has been released in theatres today, the film is getting positive response from the fans. Here is the genuine review of Bimbisara:

Story Line: Bimbisara is the merciless king of the Trigartala kingdom, he is destructive his only motive is to conquer the kingdom without any mercy. Bimbisara is sent to the present-day world, because of the curse which is made. What is those curves, who is Bimbisara, why did he come to the present world is what the film is made about.

Performance: Nandamuri Kalyan ram has lived in his character, he is soul and heart to the film. His body transmission added more impact on the film, the entire cast and crew of the film have done there best, no one else could justice for Bimbsara role except Kalyan Ram.

Director Vasshist makes his debut with this film and he needs to be credited for penning a very interesting story. The way he mixed the time travel concept with fantasy and modern day emotions is quite good and gives the audience a new experience.

MM Keeravani is yet another main pillar of the film and gives a solid music score. Be it the songs or his BGM, the legendary musician elevates the film completely. Catherine Tresa is good as the princess. After a long time, Srinivas Reddy gets a good role and entertains the audience.

Verdict: Bimbisara is a refreshing movie, it’s your worth time and ticket. Must watch film for this weekend.