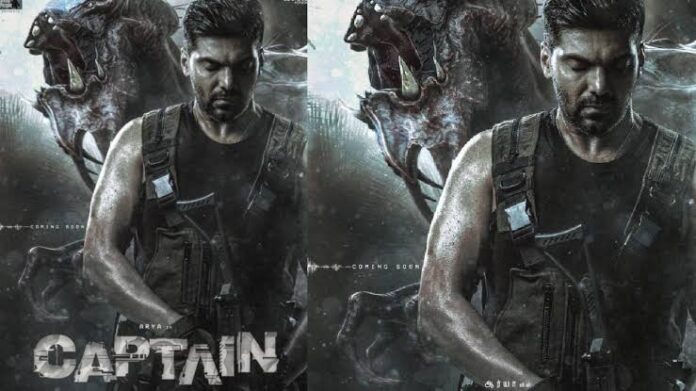 Tamil actor Arya’s most anticipated film Captain was released in theatres today, the film is receiving mixed reviews from movie experts. Here is the genuine review of Arya’s Captain movie.

Plot: Vijay Kumar (Arya) is an orphan who serves the Indian Army as a captain, Vijay Kumar is one of the successful Captain with highest successful operations. The government of India reactivated sector 42 where there are humans from past 30 years. A couple of teams got killed in that mysterious area. A team of Military solders who was led by a brave Army Captain (Arya), who takes up a dangerous mission to get into the restricted forest area. To find the reason behind the death of the previous team who had visited that place. How the killing happened and who is behind it. How did Arya catch is what film runs around.

Performance: As usual Arya gave his best to his character; one cannot take off their eyes from Arya in the film. His massive transformation and the efforts he kept for his role must be appreciated. Vintage beauty Simran is seen as scientist in the film, Simran got decent screen space in the film. Every artist gave their best to their roles. The director must be appreciated for the efforts they have kept for the film, Shakthi Soundar Rajan tried something out of the box which, south films never witnessed.

Verdict: Captain has very high action sequences in the film, the film made badly science fiction which doesn’t entertain the audience in theatres. Captain is better to avoid watching theatres. It’s better to wait and watch on OTT platform.