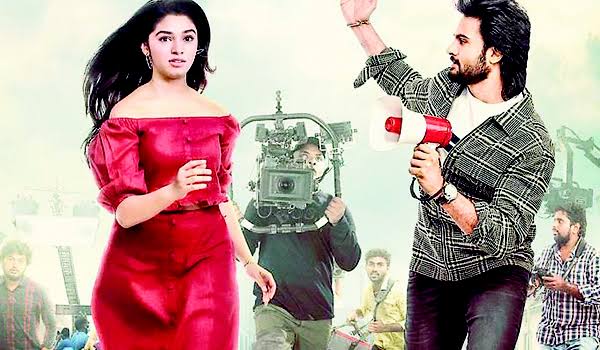 Plot: Naveen(Sudheer Babu) is a successful director. He impressed with Alekya reels as he is a doctor by profession. Alekya does reels but she hates the film. Naveen wants to feature Alekya in his film. Alekya family don’t agree with Naveen’s decision to pursue acting for their daughter. How Naveen will convince Alekya’s parents to pursue acting in films forms the story.

Performances: Sudheer Babu is an experienced star in Tollywood. He was a feature in a couple of films. Talking about Sudheer Babu acting chops, he look okayed in a young director but not impressive. Krithi Shetty got a better and mature role in Aa Ammayi Gurinchi Meeku Cheppali than her last films. Still, she should improvise in her acting skills. Srinivas Avasarla, Vennela Kishore, Rahul Ramakrishna, Kunal Kaushik and Satish Saripalli does a fine job in the film.